“Thank you, from the bottom of our hearts, for all that your membership did here in West Chester!”

That was a familiar phone call heard in the IGO office all day Saturday, after the West Chester City Council was forced to remove their proposed gun ordinance from the agenda, in response to your calls and emails, effectively killing the proposal to crack down on gun owners’ rights.

As you may recall, we alerted you just this past Thursday about a vote that was going to be taking place last Saturday in the tiny town of West Chester, located in Washington County.

The city council there, being led by Mayor Chad Pfeiffer, had been working for almost an entire year to restrict firearms on city property.

After being tipped off to this proposed ban, IGO staff traveled to West Chester to meet with the Mayor, as well as a portion of the city council and local gun owners to find out what was really going on.

For more about this, read this.

We asked you to make phone calls and send emails – and boy did you ever!

So many emails were sent to the council members in West Chester that their inboxes soon began to reject incoming emails.

At the city council meeting on Saturday, so many gun owners showed up that many were forced to stand outside!

As is ALWAYS the case, anti-gun politicians, their friends in the media, and anybody who is related to the council members drug out the old canard: We’re getting threatening and/or violent phone calls – IGO members are political terrorists.

As you and I know, these baseless allegations are the result of one thing: sour grapes.

At the end of the day, what this comes down to is a small town mayor, supported by his city council, thought that he could limit and sanction gun rights and gun owners in his community without being held accountable.

Thanks to diligent gun owners in West Chester, who alerted us to this impending vote last month, their plans were exposed and stopped for good!

What happened in West Chester has been happening all over Iowa in 2014 as IGO members and gun owners state wide have banded together to defend their gun rights! 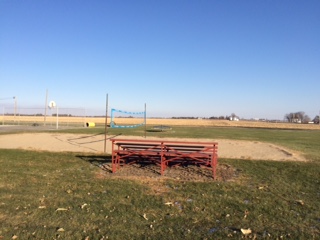 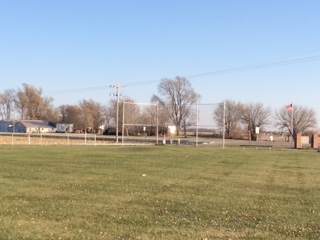 (The West Chester volley ball court and baseball diamond – two of the places where law abiding citizens can continue to carry thanks to your calls and emails!)

If you know of any such proposed gun bans in your community, please let us know IMMEDIATELY!

While IGO is very effective at stopping new proposals from becoming law, it is much harder to overturn existing laws – which is why it’s vital that we get involved before these guns bans are voted on.

Rest assured, if you want to remain anonymous, IGO will never reveal your identity because we know that in small towns, political persecution can be a reality.

Of course it is Iowa Gun Owners’ members and their generous donations that fund these critical programs in the first place.

If you would like to be a member of Iowa Gun Owners or renew your membership as we approach the 2015 legislative session, you may do so by going here.

For today, gun owners in West Chester want you to know how much they appreciate your help in stopping this attack on their Second Amendment rights!

P.S. IGO members have risen to the occasion once again in stopping a proposed local gun ban, this time in tiny West Chester, Iowa, resulting in the proposed ordinance being removed from further consideration from the town council’s agenda at this past Saturday’s meeting.

Thank you for all of your calls and emails, as they clearly had a huge impact!

If you want to join IGO or renew your membership for 2015 to help keep these critical programs in place, please consider doing so now!