We Stopped Bloomberg, Now What?

We Stopped Bloomberg, Now What? 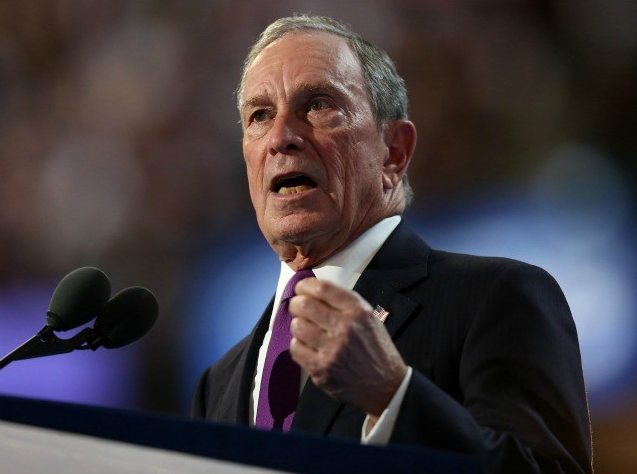 Despite the millions of dollars that Michael Bloomberg spent here in Iowa over the last few months, the Iowa legislature did not flip on election night.

Honestly, I wasn’t that surprised.

The members of Iowa Gun Owners have been crushing gun-grabbers here in Iowa for over a decade, sending dozens of incumbents home for voting against their freedom.

And it’s not just state legislative political figures, either.

Hillary Clinton thought that supporting aggressive gun control was a sure path to winning Iowa four years ago, and she was wrong. So was Joe Biden, who lost Iowa a few weeks ago.

Senate hopeful Theresa Greenfield, Congressional hopeful J.D. Scholten, and others, all lost their bids for federal office after running head-long into angry gun owners who were furious with their support for radical gun control!

So now that gun owners did our job, it’s high time that the legislature in Des Moines do their job and pass Constitutional Carry law here in Iowa once and for all.

This is the most popular pro-gun bill in Iowa, hands down.

Yet year after year, Republican moderates have blocked this bill from receiving a floor vote in the House and Senate.

But it’s clear, now, that Iowa is a solidly pro-gun state and that we expect the politicians that we elect to run the state legislature to fight to advance pro-gun legislation.

And that’s why I hope you will sign your petition in support of Constitutional Carry legislation immediately — reminding the politicians in Des Moines that we expect action on this bill in 2021!

Constitutional Carry is already law in sixteen other states, including our neighboring states of Missouri and South Dakota.

That means that lawmakers in one-third of the country have already acknowledged that law abiding gun owners should not have to pay fees to the government — or add their name to a government database — to exercise a guaranteed right!

Session will be here before you know it, so please sign your petition in support of this legislation right away!

And if you haven’t renewed your membership in Iowa Gun Owners for 2021, please do so at once, as we need all hands on deck next year!

If you are a member already, please make a donation to help us get ready for a busy 2021 legislative session, both in Des Moines and in Washington, D.C.

Whatever you do, please sign your petition in support of Constitutional Carry law immediately, then forward this email to a friend!

P.S. For the fifth election cycle in a row, the members of Iowa Gun Owners have crushed the careers of radical gun grabbers at the state and federal level — despite millions of dollars being spent here by Michael Bloomberg!

Gun owners did their job, and now it’s time that the legislature do their job by passing Constitutional Carry law.

Please sign your petition in support of this legislation right away, so the politicians in Des Moines know what you expect of them when session convenes in just a few weeks!

And to renew your membership for 2021, go here!