What Do We Do Now?

What Do We Do Now? 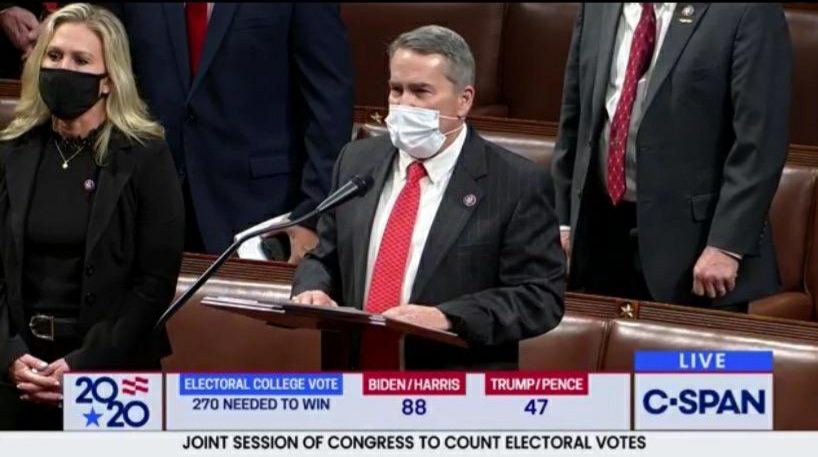 In the wake of both Georgia Senate seats flipping blue on Tuesday, and Congress certifying the results of the Presidential election yesterday, gun owners across America are reeling.

Despite all of the cheating and clear evidence of a rigged election, Joe Biden will be sworn in as President in less than two weeks. And now that the Senate has flipped, Chuck Schumer will become the Senate Majority Leader in the Senate.

All of that, combined with the fact that Nancy Pelosi is still running the House of Representatives, means that the America-hating left are within striking distance of passing massive attacks against our Second Amendment freedoms.

And make no mistake, these aren’t like the Democrats that we’ve dealt with in Des Moines or in D.C. in years past. These people truly hate you and the fact that we have preserved our right to defend ourselves for generations.

And they are determined to pass the most aggressive gun control bills in American history over the next two years, if they can get the votes to do it!

As the reality of this sinks in, we’ve been bombarded with calls, emails, and social media messages from Iowans, all asking variations of the same question: “What do we do now?”

On the one hand, the answer is simple: for any gun owner who has been sitting on the sidelines, it’s time to put on your helmet and get involved in the fight for freedom in America!

It’s been easy for gun owners in the Midwest to watch the dreadful attacks on the Second Amendment being carried out against their fellow gun owners in places like New York, California, and Washington, D.C. and just shrug.

We expect it, given who controls the legislature in those areas.

But now we are all facing the same enemy: America-hating ghouls who want to crush the Second Amendment and make gun owners across the nation live under the tyrannical gun control laws that New Yorkers and Californians have been suffering under for years.

It’s time to stand up and fight, right now, to make sure that they can’t get away with this!

You can count on Iowa Gun Owners to do our job and give you up-to-the-minute information on the threats to your gun rights in Congress and right here in Des Moines.

Each of these updates is complete with one-click action campaigns, making it easier than ever before to send a pre-written email to your elected officials in Des Moines and in D.C. — telling them how they should vote on gun control bills.

But it’s also very important for gun owners to realize that merely getting involved in the fight for freedom when the anti-gun Democrats are in charge isn’t enough anymore.

The truth is that the Republican party in Congress has done virtually nothing for gun owners, either, while raking in massive amounts of donations from gun owners like you and me.

Think about the first two years of President Trump’s administration, from 2017-2018. Thanks to millions of gun owners, the Republicans controlled the White House and both chambers of Congress — and were in a position to deliver for us.

What did that get us?

They killed National Reciprocity. They killed suppressor legislation. They didn’t roll back the ‘Gun Free Schools Act’ which has enabled psychos to murder hundreds of American children in schools over the years.

Then-Speaker Paul Ryan, along with Senate Majority Leader Mitch McConnell, didn’t pass anything for gun owners — preferring to play nice with the radical left and the FAKE NEWS media outlets.

It’s been much the same here in Des Moines.

Sure, the members of Iowa Gun Owners forced the legislature’s hand and made them pass Stand-Your-Ground law in 2017, but House Majority Leader Matt Windschitl and Senate Majority Leader Jack Whitver have blocked Constitutional Carry for four years!

So it is vital that gun owners throw out the old Democrat vs. Republican model of fighting for gun rights. It’s dead.

Of course, there are some exceptions, like Georgia Congresswoman Marjorie Taylor Greene, an up and coming gun rights champion in Washington, D.C.

But Greene is the exception. So instead of giving politicians a pass based on their party affiliation or because they assure us that they are pro-gun, we need to start looking at what they have actually done and hold them accountable if they won’t fight for us!

Because Joe Biden and his allies in Congress will not make the same mistake that the moderates in the Republican party did. They will move with lightning speed to advance their agenda of disarming Americans.

But if we stand together, we can still defeat Biden’s agenda!

Afterall, as we have told you recently, Nancy Pelosi is sitting on a razor-thin 222-211 majority in the House of Representatives, the smallest majority in over 100 years.

And with Democrat Senators like West Virginia’s Joe Manchin almost assured of a defeat if he joins with Joe Biden’s gun control agenda, we have a chance of holding the line in the Senate, too.

But only if we take the gloves off. And only if we decide to stop giving politicians a pass. Very few of the Republicans in D.C. fought for Trump yesterday, and even fewer of them have fought for gun owners over the last four years. We can’t trust them.

We are going to do that every single day in 2021 and throughout Joe Biden’s war against gun owners, and I hope that you will join us in this fight.

Donate today and get ready — the attacks on our freedom are going to be filed in Congress in just a few days.

Now Joe Biden and his allies control Congress, and are promising to crush our precious Second Amendment with a massive array of gun control legislation.

Iowa Gun Owners will be standing up for freedom here in Iowa and in Washington, D.C. all year long. Read the email above for more information, and then make a donation today to help us get ready for the vicious fight that we all know is coming.

No one politician or political party can save our freedoms. It’s time that every gun owner in Iowa join us in this fight! So please forward this email to every gun owner you know and tell them it’s time to get involved! Their children and grandchildren are counting on them!