Who’s Standing up for Gun Rights in Congressional 1 and 2?

Who’s Standing up for Gun Rights in Congressional 1 and 2? 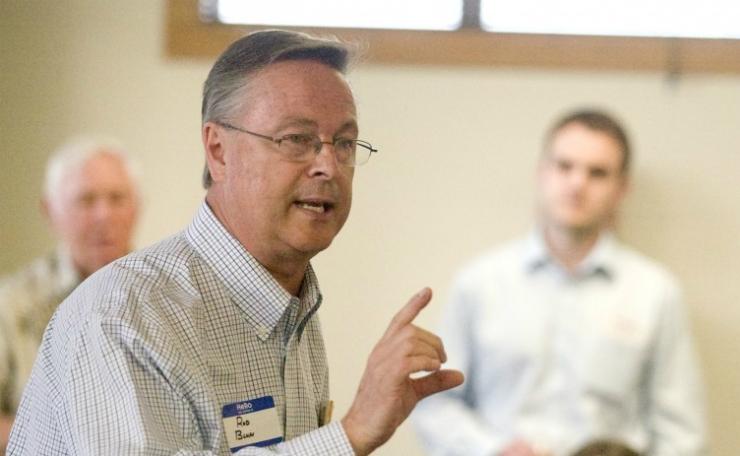 “As Iowa’s largest and only ‘No Compromise’ gun rights organization, Iowa Gun Owners has been working around the clock to survey all the candidates seeking elected office here in Iowa at the state level.

We’ll be issuing a detailed report on the upcoming state primary races shortly.

At the same time, Iowa Gun Owners has partnered with the National Association for Gun Rights to pursue candidate surveys from candidates seeking federal office.

We’ve reported to you recently about the US Senate GOP primary race – and how Mark Jacobs and Joni Ernst are still refusing this survey. You can read more about that here. (Please note that Matt Whitaker has surveyed after this email was sent out.)

We’ve also recently reported to you about the state of the 3rd Congressional District GOP primary race as well – if you missed it you can read about that here.

(Neither of these races have a primary for the Democratic ticket.)

In this report, we will be covering Congressional Districts 1 and 2. Apologies in advance for the length – there is much to report here.

This means that they’ve stated, on record:

*** Opposition to a Universal Registration law – which would make you a criminal for simply passing on your firearms to your children or grandchildren without first being added to a government list;

*** Opposition to anti-gun mental health expansion – over 140,000 military vets have already lost their gun rights simply by being declared defective by a ‘mental health professional’ without due process in a court of law;

*** Support of repealing the federal “gun free zones” law – the only people stopped by these insane laws are the law abiding parents, teachers, and school staff who may be able to save lives if given the option of going armed.

Today, more than ever before, it’s vital that we send pro-gun FIGHTERS to Washington. That’s why I hope you’ll take a moment to thank these candidates for their strong commitment to the 2nd Amendment.

The Democratic ticket in this race is crowded with 5 candidates. Not one of these candidates have signed a survey.

Several candidates, including Pat Murphy and Anesa Kajtazovic, have refused to even accept the survey from the post office and sent it back to us!

Of these 5 Democratic candidates, Pat Murphy, Anesa Kajtazovic, and Swati Dandekar have voted AGAINST your gun rights during their time in the General Assembly!

Murphy and Kajtazovic voted against Stand Your Ground legislation on February 29, 2012, in the Iowa House – after their entire caucus fled the Capitol for over 6 hours trying to avoid having to vote!

Dandekar has voted against a slew of pro-gun bills and amendments during the 2010 legislative session.

Please contact these candidates using the information at the bottom of this email and give them a piece of your mind – ask them to apologize for their votes against your gun rights.

In the 2nd Congressional District, the news is mixed.

Please take a moment to thank him for standing up for your gun rights.

However, both Republican Mark Lorgren and Republican Mariannette Miller-Meeks have REFUSED to complete this candidate survey – this despite the fact that we’ve repeatedly tried to contact these candidates to see where they stand.

And I have to tell you, I’m concerned.

You see, during his brief stint in the Iowa House, Mark Lofgren voted AGAINST Constitutional Carry legislation (4/12/11 H-1645) when we attempted to move it to the Floor.

Not only that, but Mark consistently and arrogantly refused to answer his surveys even while running for the Iowa House.

Mariannette Miller-Meeks has also consistently refused to tell us where she stands on your gun rights.

Will these candidates work to stop Bloomberg’s push for a Universal Registration law in D.C. if elected? Will they join with other pro-gun legislators to stop any attempt to ban so called “high cap” magazines that function just like normal magazines?

Will they actually champion the 2nd Amendment and sponsor bills?

Or, are they planning on going to Washington D.C. to work behind the scenes with the gun-grabbers?

Sadly, when candidates won’t come clean on their real views regarding our gun rights, that’s often the case.

And the gun-grabbers in D.C. couldn’t be happier.

You see — especially after the defeat gun-grabbers were given in D.C. last year by grassroots gun owners — they know they can no longer depend solely on anti-gun Democrats in Washington (not that all Democrats are anti-gun.)

And as we’ve seen, just a handful of weak-kneed Republicans can be enough to KILL even the most crucial pro-gun reforms.

That’s why they’re going all-out to browbeat politicians on both sides of the aisle into supporting their anti-gun agenda — or at least into remaining silent.

Last year saw one of the most ferocious attacks on our gun rights at the federal level that we’ve ever seen. Republicans and Democrats alike were coming after our gun rights.

That’s why we need pro-gun champions and leaders sent to D.C. who will fight for our rights!

So it’s vital that we don’t let some campaign ad or a cheap website throwaway line about gun rights sway us. Talk is cheap, especially when coming from a politician.

That’s why I’m counting on you to help me turn up the heat!

Right now, while these candidates are crisscrossing the district looking to scoop up votes, is when they are most likely to listen to the voters.

Please don’t delay in contacting these candidates TODAY and demand that they sign the survey from Iowa Gun Owners so that you and I know where they stand!

And if you can, I’d really appreciate it if I could count on your generous support for the Iowa Gun Owners Candidate Survey Program.

IGO is busying pouring direct mail, emails, targeted internet advertisements and more into specific districts to let the voters know which candidates are pro-gun and which ones are not.

Your money will be put to good use!

But whether or not you can give, please contact these candidates IMMEDIATELY.

In the 1st Congressional Primary all three candidates have pledged 100% support for the 2nd Amendment: Rod Blum, Gail Boliver, and Steve Rathje have all signed their candidate survey with pro-gun responses.

Sadly, despite our repeated attempts, not one of the Democrats running in the Democratic primary have surveyed.

More, Pat Murphy, Swati Dandekar and Anesa Kajtazovic voted AGAINST your gun rights when they were in the Iowa General Assembly.

In the 2nd Congressional district GOP primary, only Matthew Waldren has gone on the record in support of your gun rights. His survey was 100% pro-gun!

Marianette Miller-Meeks and Mark Lofgren have consistently REFUSED to answer – and Lofgren has voted anti-gun during his time in the Iowa House.

Now is the time to pour the heat on these candidates! The last year or two have proven that we need congressmen who will FIGHT for the 2nd Amendment – not just put up one liners on their websites.

So please, email and call every candidate (using the info below) that has not surveyed yet using the information below and demand that they fill out their gun rights candidate survey right away.

Please also consider chipping in $250, $100, $50, or even $35 to help Iowa Gun Owners get the word out to as many pro-gun Iowans as possible about where the candidates stand on the 2nd Amendment.

1st Congressional District candidates who have refused to survey:

2nd Congressional candidates who have refused to survey: