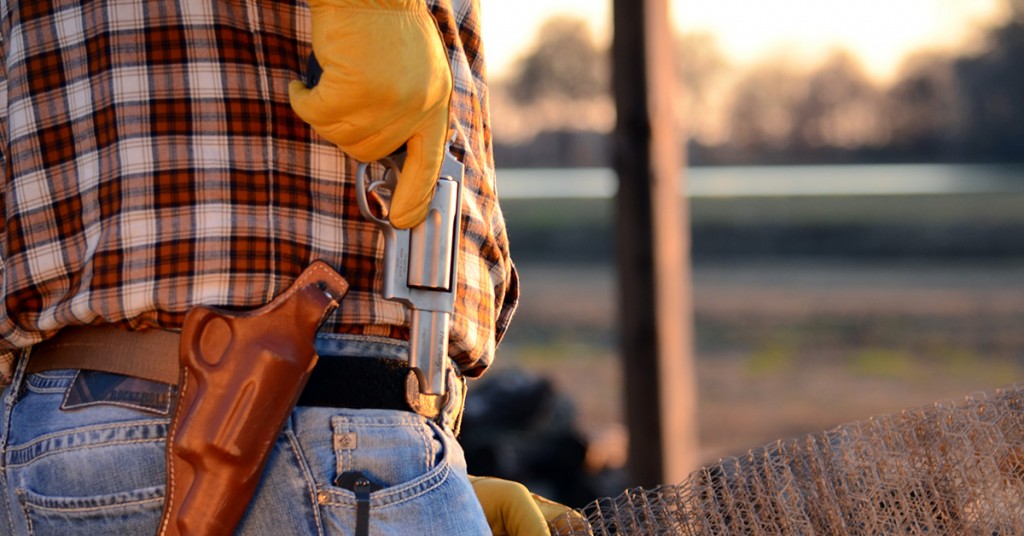 As we told you recently, State Representative Jeff Shipley has filed Constitutional Carry legislation for Iowans!

If passed, H.F. 250 would allow law abiding Iowans to carry a firearm for self-defense without first having to beg permission from the government or add their name to a centralized database!

This would also bring Iowa into the company of sixteen other states — soon to be seventeen — that already have Constitutional Carry law on the books.

Now, you would think that having this law already in place in over 1/3 of the country would give plenty of evidence as to impact and effectiveness of Constitutional Carry law.

So in case you hear some of these bogus arguments from the politicians in Des Moines, we wanted you to be ready for them with the facts.

Fake News Complaint #1: Passing Constitutional Carry will put guns into the hands of felons and other prohibited persons!

Response: That is utter garbage. Constitutional Carry does not even touch the code section that deals with who can and can not legally own firearms. Anyone who is prohibited from owning guns, will remain prohibited.

Fake News Complaint #2: Passing Constitutional Carry will lead to an increase in violence here in Iowa.

Fake News Complaint #3: There’s no need for Constitutional Carry law in Iowa; we already have ‘Shall Issue’ laws on the books.

Response: We don’t need a reason for Constitutional Carry, this is a God-given, Constitutionally guaranteed right! That being said, after the events of last year, every Iowan now knows that during moments of crisis, the government may be closed to new permit applicants.

Response: There is nothing extreme about Constitutional Carry law! That’s why it’s already law in Alaska, Arkansas, Arizona, Idaho, Kansas, Kentucky, Maine, Mississippi, New Hampshire, N. Dakota, S. Dakota, Oklahoma, Vermont, W. Virginia, Wyoming — and likely Utah as soon as next week. In ‘red states’ this is very normal. What’s unusual, is how long we’ve been forced to wait for it!

As you can see, every argument that the FAKE NEWS uses against Constitutional Carry is based on their hatred for gun owners and our great Second Amendment — not in facts!

But just because Constitutional Carry is good for Iowans, honors the Second Amendment intentions of our Founding Fathers, and makes it easier for us to defend ourselves, doesn’t mean that the politicians in Des Moines are going to pass it.

Gun owners have experienced this betrayal for years.

In their inaction, the radical left is growing bolder by the day, pushing radical ‘Red Flag Gun Seizures,’ bans on our AR-15’s, and a state-wide registry of gun owners!

So please help us generate as much grassroots support as possible, by signing your petition in support of Rep. Jeff Shipley’s House File 250!

Then make a donation so that Iowa Gun Owners has the ammo we need to crank up the heat on this legislation. Rumors are swirling that this legislation may be coming up for a vote in the near future.

One third of Americans already enjoy these freedoms.

Iowa was one of the last states in the country to pass ‘Shall Issue;’ we shouldn’t be among the last to pass ‘Constitutional Carry’ law, too!

P.S. As support for Constitutional Carry grows, the FAKE NEWS and radical leftists in Des Moines are spinning all sorts of lies about the impact that this legislation would have on Iowa.

Read the email above for the facts, so you can respond to these desperate attacks if you hear them from your local politicians!

Then, sign your petition in support of Constitutional Carry law in Iowa!

Then please consider a donation, so that Iowa Gun Owners can roll out a huge mobilization program — including radio and TV ads — if H.F. 250 comes up for a vote!